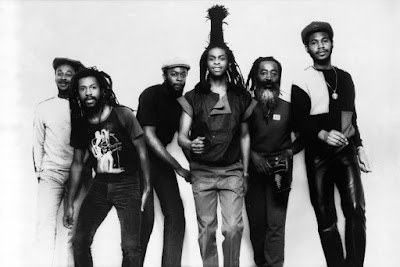 I was playing this last week and almost did a double Friday Reggae post I was so struck, once again, by how brilliant it is. But 'No, no davyh,' says I to myself, 'Hold fire till next Friday and let's cap off perhaps a whole week of things punky reggae/reggae in a manner fitting' and so it has come to pass companeros, so it has come to pass.

I shall require a beverage, ya kna. 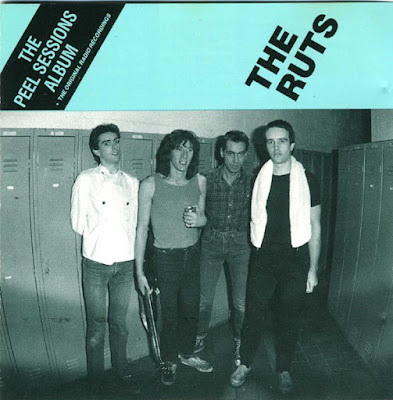 @Johnnywas25 (AKA our Simon) set me off on this with his lovely early commuter train iPo #nowlistening Tweets which recently mentioned The Ruts Peel Sessions. I'd only a couple of things by them, the obvious ones, so thought I'd track their Beeb stuff down.

Here's something that neatly extends the punky reggae vibe from the last post, baby. 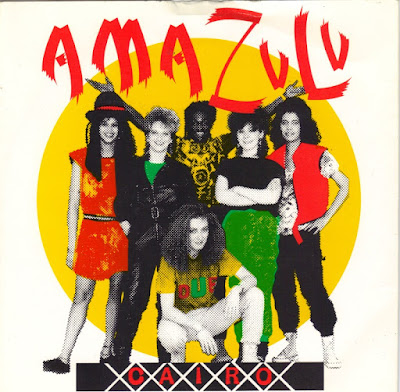 This is something I have on an old tape I made from the Peel Show in 1982 or 3, a song like other things I've mentioned here over the years that has burrowed its way into my consciousness when so much else of arguably greater significance has fallen away. It's proven a pig to track down since, online or offline; I didn't even know what it was called for years, then found out it was the B side of the group's first not-quite hit single and fully expected to turn it up in a charity shop, but no dice. The interweb finally came through today.

The band were set for wacky pop image and promo vids (via The Young Ones) from this point on, but I can see why JP fell for this sub-Slits slice of No Nukes punky reggae. So did I. 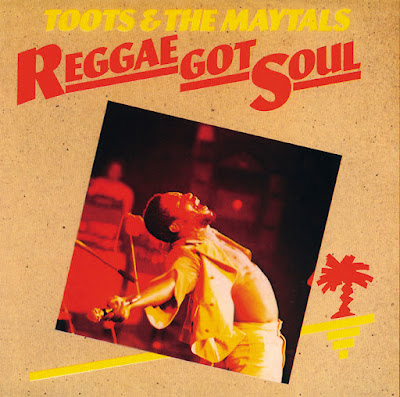 Listen to the beat, move your dancin' feet

I'll be well up for it after cooking my celebrated veg chilli with avocado salsa.

Is someone going to the bar?

Our occasional series of extended 80s classics builds into a magnificent library your whole family will enjoy.

This week, another song sort of suggested by the Liverpool book, and one of the first things I remember being excited to find on iTunes before I knew how to computerise my records. This though is a Full Fat, 100% real fruit luxury sound rip from the original 12 inch vinyl. Because I loves ya.

I'm tired and old and broke but I'll say hello to a little drink, if you're asking.

But let's be clear, blue in a good way - rainswept, melancholy; that sort of thing.

Our occasional series of extended 80s classics builds into a magnificent library your whole family will enjoy. Innit.

[The download versh is longer than the video; the pen is mightier than the sword. John Wayne is big leggie. Etc]
Posted by davyh at 7:26 pm 17 comments: 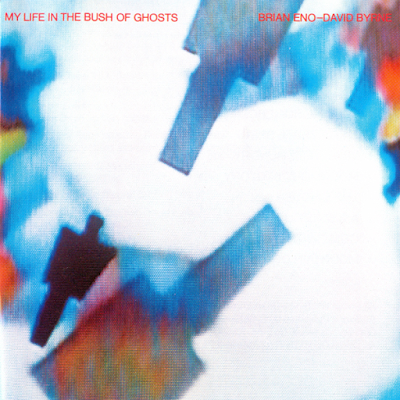 So Mondo's book on the train is the splendid Eno biog I loved so much last year, which has sent him into a Brian-Tweeting frenzy, and me back to the 'canon' too (like I ever 'left' it).

Here's a quite hard-to-get thing - pulled from all but the earliest issues of My Life In The Bush Of Ghosts after complaints from the World Muslim Council and never reinstated, not even as a bonus on reissues.

'...featuring a field recording of Algerian devotees chanting Koranic verses (appropriated from the first track of Eno's Music In The World Of Islam LP)' [Sheppard]