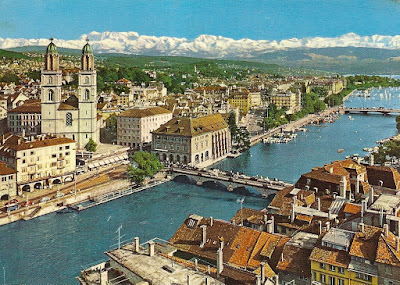 Well that was my last night at home until Friday because I'm working in Zurich all next week and I'm flying out (from the infamous Heathrow Terminal 5) this evening.

I've never been to Zurich (or Switzerland) before, but I don't imagine it's exactly Barcelona or New York or Tokyo or, well, London - is it? I did a web search on it a while back and uncovered more than one site from people who live there saying it isn't a boring place, which rather suggests that it might be. We'll see.

I am staying in a hotel that has been described to me as 'functional'. Hmmm. Evidently though it has 'free wi-fi' in the rooms, so I've bought a new laptop that does that so I can reach out to home and the world beyond and feel a bit less like a sad, broken castaway. Who knows, I might even post something from there midweek. Get me.

Anyway please keep talking to me, because I'll be able to pick up comments whilst I'm gone. I'm not really the jet-set type and will miss my girlies big time, so the usual nonsense from you lovely people will be sweet.

Any suggestions for Swiss bands I could have posted here? I could only think of Yello, who I don't especially like, and Double, who I've already done. Some cursory research suggests Heavy Metal is quite big there. *sigh* I had a feeling it might be.

We best have some John Denver via PP&M. 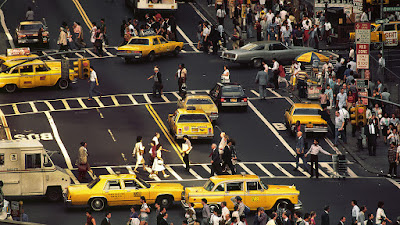 On weekend nights when we fire up the phonogram and uncork the vino it is often that I turn to Mrs H and say, tenderly, 'Whadja want on the jukebox then?' and often that she lodges a nostalgic request for this, her Getting Ready For Going Out On Saturday Night track from Uni days.

I whack it on again, and smile a big smile at its arch romanticism, its spirited pastiche, its sparkly metropolitan.....pizazz!

Confidence Is A Preference 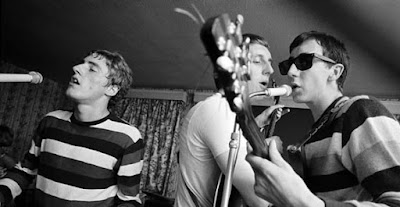 But it's a mighty long way down rock and roll from Quadrophenia to Blur to Eastenders to Strictly Come Bloody Dancing, innit Phil?

Still, keep an eye on these guys - I reckon they could make it big.

I Had To Let You Know 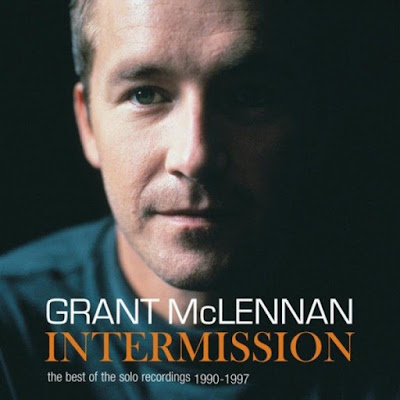 Over a civilised Guinness or few last night at the pub by the river we fell to discussing this man and his lovely music and how, I'm afraid to say, I had only just discovered this song.

Though if you asked me whether I would swap all the years I could have known it for the thrill of hearing it this week for the first time, like a new record, it would be a close-run thing.

Come on time
Do your magic trick

And especially so. Yet such loveliness here.

And With Each Beat Of My Heart 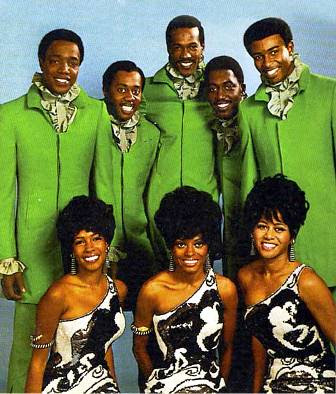 Eddie Kendricks and Diana and The Supremes & The Tempts.

Turn up that volume and listen - did a Tamla record ever sound better? Frank Wilson, producer, and the legendary James Jamerson on bass.

The Value Of Defiance 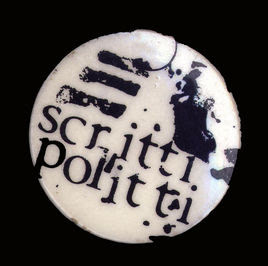 All this using up download credits on emusic mallarkey has been more testing than I thought. In a good way, of course.

Still, I was cockahoop to find this.

The tale of how Scritti Politti went from making anarcho-Marxist art squat anti-pop (or something) to supershiny chart smashes in just about five years has been well-rehearsed, especially, brilliantly, here; and I suppose that if there were a single 'transition' record, a beautiful bridge between what was and what would be, then this might well have been it.

I think it still sounds bloody marvellous, as a matter of fact.

(very important those quotation marks; very "post-modern").
Posted by davyh at 6:53 am 10 comments: 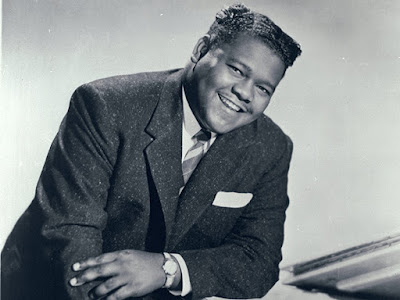 Artist mentioned in despatches and so here for your week-starting delectation.

New Order famously nicked the title for their fantabulous new 12" single in 1983 leading, I remember, a Smash Hits reviewer with a ridiculous pseudonym ('Red Starr') and even more ridiculous (and out of place) intellectual pretensions to liken this to Harold Robbins calling his new paperback 'War And Peace'. This seemed slightly odd to me, even at the time.

*sniff*- I'm a bit coldy this morning but I reckon a dose of Lemsip and a blast of Fats'll soon sort that out.

Hey Did I Get You Wrong?


Right, Friday night. I'm having my tea, which is Mum's homemade fish and chips, then I'm getting changed and I'm off to the school disco. Maybe I'll slap on some of that aftershave in the exotic green jar I got last Christmas. Not that I will be shaving 'before'.

but I'm sure that can't be right.

OK lovely people, I need your expertise. This hypnotic bluesy doo-woppy thing has sat on the same infernal Peel show tape that Ray Martell and this (and a copy of Arthur Alexander) are on for that same 26 years and I'm mad keen to know what it is.

I'm pretty sure it's from a programme broadcast on October 20th 1982 because my tape also has songs from reggae toasters Laurel And Hardy's Peel Session, which aired that night.

I have tried Googling the lyrics and I have tried that there young person's tune-identifying text service Shazam, both to no avail.

And so I throw it before you, the great and wonderful and complex and all-knowing collective.

Name that artist/tune! (er...even a few informed guesses would be nice...).

Unknown Artist - 'Even Though You Are Gone' (?) (unknown year)

PS: It does liderally fade in slowly.
Posted by davyh at 9:46 pm 20 comments: 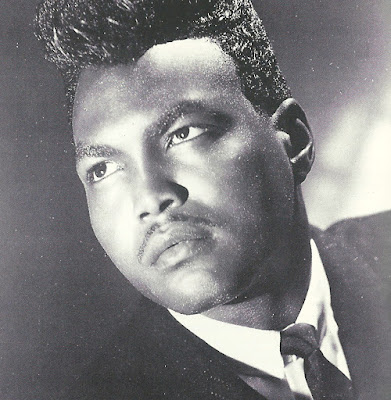 Well you can say what you like about Dr Winston O'Boogie but he knew a good record when he heard one. 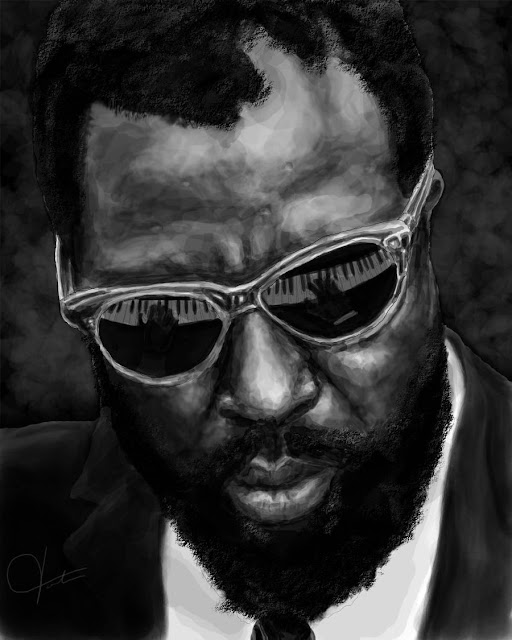 Once upon a lost time in the early 1990s there was a TV play by Alan 'Beiderbecke Affair' Plater in which the lead character, a jazz club owner and musician played by the wonderful Jack Shepherd, describes this piece of music in the most beautiful and eloquent way. He says something about what it does technically, which is complicated, and rather more about it being, sort of, 'a riddle wrapped in a mystery inside an enigma', to misquote Winston Churchill; that there is something in it that is always elusive, always just ahead of you and just out of reach. There's a thematic link to the plot of the play, which centres on a daughter's search for the father (Shepherd) she didn't know she had.

No-one I've ever mentioned it to remembers this play, and there are no clips of it on YouTube.

Why am I thinking about it on a dull London Monday? I have no idea.

Stone me but this is good - new single from th'album, etc.

How very dare they be so young, handsome and clever...

It's A Tough, Tough World 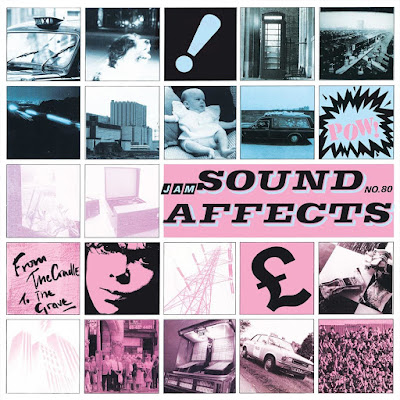 So, speaking of the Albums Of Our Lives, which we weren't...

The economy's gone tits up, the price of oil and a bag of peas is soaring and the Right are on the rise boo-hiss. Hey! It's just like old times! We best play Sound Affects!!

You know by now I'm no good at all that critical reappraisal/album review stuff, so feel free to put your own little piece together with these handy fridge-magnet phrases....

More of this record's lyrics made my fifth form jotter than any other. Just looking at the cover* still fills me with wonder. And do you know the whole thing only lasts 35 minutes? 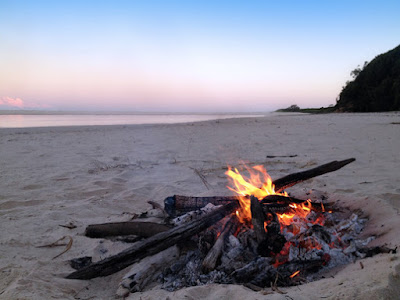 Have you ever sizzled sausages over a fire on a beach - salt air, coming into dusk, put a jumper on, but summer's not quite gone?

I have, but not for years - decades! - and it must be the season, something in the breeze, because suddenly I want to do it now, badly.

I associate it with the turning year...things ending, other things about to start....someone's brought some rough old scrumpy and I'll sip some because the smoke from the fire and that salt air's making me thirsty, and oh yes I'll be sorry tomorrow. But now - the stars.