The Round And Round 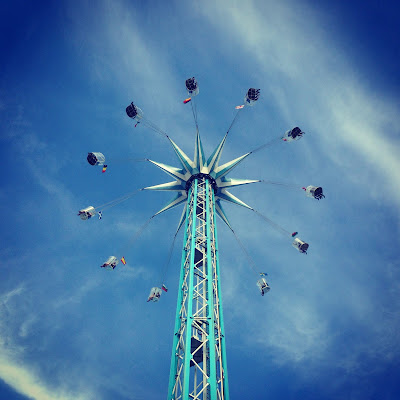 Just back from frolics Up West for the eldest's fourteenth birthday today: pedaloing on a sunny Serpentine, noodles in Wagamama and this crazy ride on the Southbank (them, not us - I can't do the round and round, and Mrs H can't do the heights).

I thought it'd be a wheeze tonight to post the number one record from when I turned 14, but my Guinness Book Of British Hit Singles tells me it was 'Don't Like Mondays' by The Boomtown Rats, which hardly seems appropriate.

So here's another one from my early teens that I'd always sing to her when she was little. 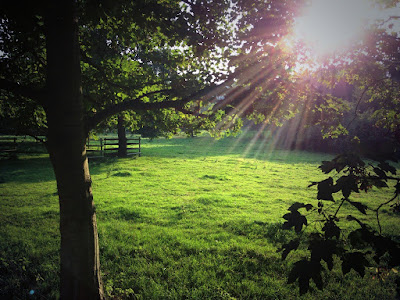 It was a short, sweet week, golden in the way that good weather weeks are at this time of year; sunlight buttery on fields still green. I never usually do crosswords, but I did one every day, sitting in a beach chair under a tree, seven buzzards above the house one hot mid-afternoon, and in the evenings watching the swallows wheel.

Trips to the seaside. A sunny Bank Holiday, who'd have thought it, and the Brits out doing what the Brits do best. Sand in the shoes and salt on the skin.

Less pleasantly, today I had laser surgery in both my eyes for ocular hypotension. Happy days.

Wish You Were Here

Here's a lazy repeat another chance to hear my Zummerzet mix thingy from two yers ago.

We're back to that London tomorrow.

Gone West - a davyh mix by Davyh on Mixcloud
Posted by davyh at 8:50 pm 4 comments: 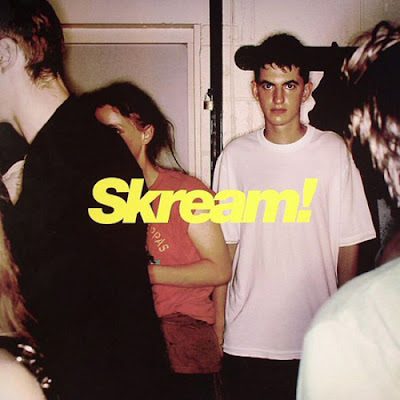 I've been Up West today with all those foreign tourists in their purple kagoules, stonewashed denim and Nikes; mullets, rucksacks and city maps. London seems drained of Londoners - and it'll be drained of us too from Tuesday when we're off to Zummerzet for a week, ooh-arr.

I have one more work thing to do - Frankfurt and back on Monday for just three hours work. Mad. 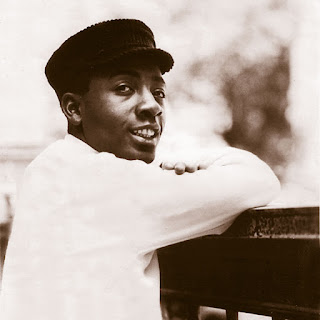 I was playing this last week, as you do when the season comes around, and out of curiosity happened to look it and Bobby Hebb up. I'd never thought of it as any more than a sweet soul/pop song, the kind of thing that crops up on 60s summer compilations (that's where I have it): I had no idea it had such dark origins or was rooted in any kind of tragedy.

Turns out that like another lovely 60s pop song, The Beach Boys 'Warmth Of The Sun', it was written in the dark aftermath of President JFK's assassination on November 22nd 1963; worse still for Bobby Hebb personally, in the shadow of his brother's death in a knife fight outside a Nashville nightclub, just a day later on November 23rd.

Hal Hebb had been something of a mentor to his kid brother, and a singer himself with doo-woppers The Marigolds, who had a Top Ten U.S R&B hit in 1955 with “Rollin’ Stone” (Hal sings tenor). 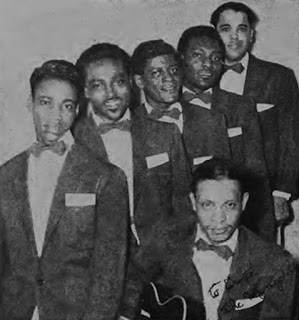 Bobby told the story of how he came to write 'Sunny' in a TV interview with US TV host Joe Viglione in August 1995...

“I find it more psychological the way I was thinking…it’s your disposition…you need a lift, an up, that’s all. Sometimes everyone needs an up. So “Sunny”, to me, is that disposition, you need a Sunny disposition to get away from whatever, just as I said before, “amuse me”, “make me forget what I just saw man”, “I don’t wanna know, I know I have to know, but I don’t know how to deal with it right now. I will deal with it, I’m not running away from this.  I just need a break.

So this was the idea behind “Sunny” – (it) was (to) give me a brighter idea so that my emotions will not be as disturbed as they are. I need a calmer feeling so that I can balance myself and adjust and then continue forward, onward.”

Bobby died in 2010 - on August 3rd. So it turns out I was playing his song and reading about all this just a few days after the anniversary of his passing...

In The Beauty Of The Night 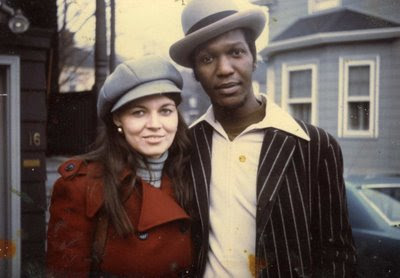 A funny thing happened on the night of my birthday, this Wednesday, as we were waiting for our food to come at the Chinese restaurant.

I felt I needed some air, and told the girls I had to get outside for a minute. Then, leaning on a bike rack on the pavement out front, I collapsed, and couldn't be roused.

And the next thing I knew there was a paramedic, then an ambulance, by which time I was conscious, telling them I was OK, telling them no, I didn't want to be taken to the hospital, thanks; but they said my blood pressure was very low and gave me a ECG just in case (all fine) and took us home in the back of the ambulance.

And the worst of it was, I never got to eat my sizzling Szechuan prawns.

So we approach the age where this sort of thing happens?

On which note...here's a lovely tune from a birthday prezzie record about having a mellow night in with someone special and your 'favourite LP' (thanks for the tip to @so_mark off of Twitter - like W.W above, that boy can wear a hat).