Thinking 'Bout A Life Of Crime 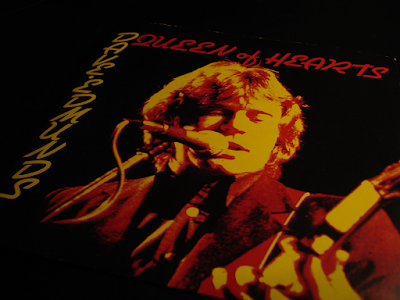 Got this for 30p today at the local Oxfam shop (closing down).

I think it was one in Naughty Alan's collection that I missed. 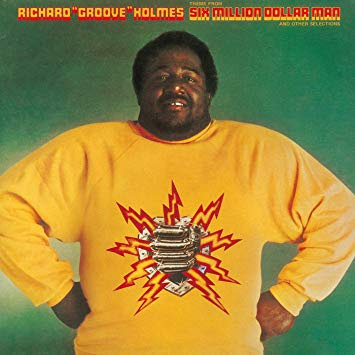 This track's so hot I had to wear oven gloves just to post it; so slip me another cold one and come shake your tail over here sugar.

It's Mrs H's birthday. And this is one of her all time tip-top favourite tunes, which only recently did the daughters cease to believe was an elaborate musical tribute to our current Prime Minister ('Gordon Brown, texture like sun'). Under interrogation I had to confess it actually was not.

We're off out to lunch later, so be advised I may return the worse for drink.

(PS: Thanks for the present suggestions: she's going for some pampering here; just like Joan did).
Posted by davyh at 8:30 am 10 comments: 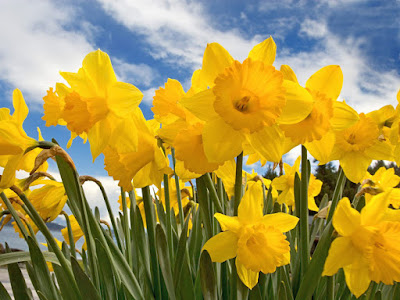 Breathless, breathless and I've still all the shopping to fit in for Mrs H's birthday on Thursday, but we'll be seeing Feb out and March in this week and there are always daffs on the day as a sign of spring.

*sigh* What on earth do I get the woman who has everything?
Posted by davyh at 12:32 pm 14 comments: 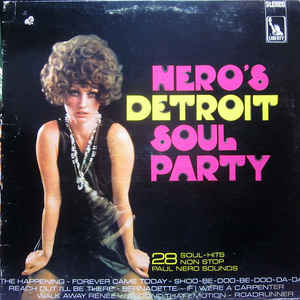 Like the man said, tempus do fugit don't it sweetcakes, and here we are at Friday already already. So fix me my potion and hit me with your Kraut groove daddy-o, not dancing in this joint's for squares. 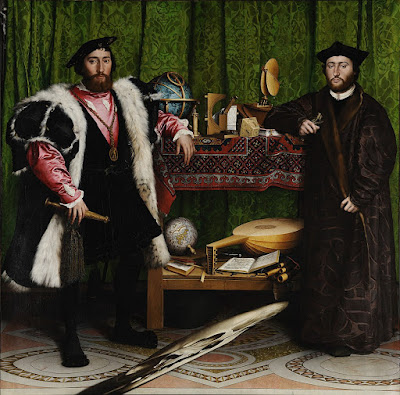 To the lady who looked at me askance as I told my daughters that Hans Holbein was Dutch I apologise, he was German of course, but we did all like this painting. And we walked around to the edge in the customary manner to look at the big distorted skull from an angle so it magically contracted to the right shape ('How do they do that?' asked the youngest).

Then we had dim sum in Chinatown, with a pot of tea and everything.

But it's Thursday already tomorrow and half-term tempus fugit - don't it always? 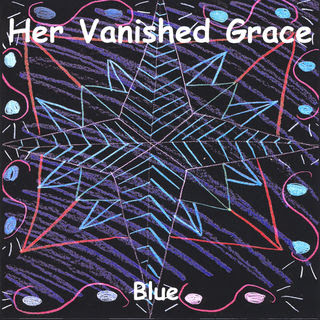 'Hi Davy, we really enjoy The Ghost of Electricity and we also think you will like our new CD Blue.'

Well Charlie, you're right - I do. Very much. And I hope you and Nance won't mind if I share the rather lovely title track with the good people out there, on condition that I point them at your website and suggest that they may like to investigate further? 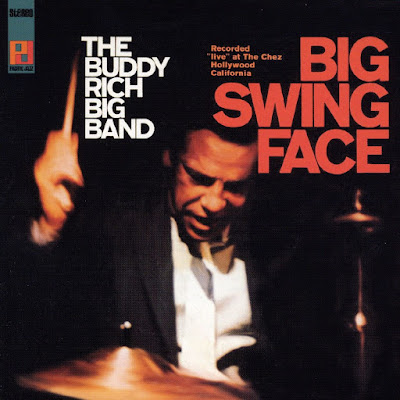 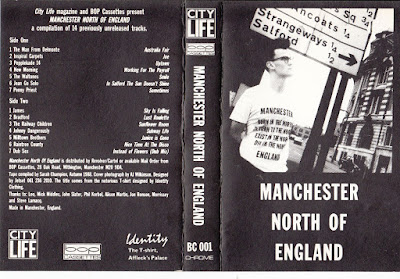 I'm a bit excited about this.

I bought this legendary cassette in Piccadilly Records, Piccadilly Gardens on a trip to Manchester in 1988, but it has gone the wonky-murky way of so many old tapes. I had a go at uploading it a while back and it sounded dreadful.

But this week, thanks to a kindly Morrissey forum contributor's* upload from the very limited edition (1,000 copies) vinyl edition of the comp I did not until now even know existed, I finally have a clean-copy; it's like meeting up with an old friend you haven't seen for twenty years and finding you get on again sparkily from the very first beer.

Some nerdnotes for the keen:

1. The tape was a joint venture of bop cassettes and Manchester's City Limits magazine.

2. It was compiled by the Manchester music writer Sarah Champion in autumn 1988.

3. It's a snapshot of the Manchester indie music scene of the time (post-Smiths, pre-'Madchester'); and like most snapshots, it contains some good bits.....and some not so good you might 'crop'. None of the songs had been released before, and some acts were unsigned.

I find I like most of it now as much as I did 21 years ago, but then I'm a daft old sap sometimes.

[If you fancy any of the tracks I haven't uploaded, just shout. The Raintree County's a cracker and the Dub Sex one's terrible, by the way].
Posted by davyh at 3:07 pm 20 comments: 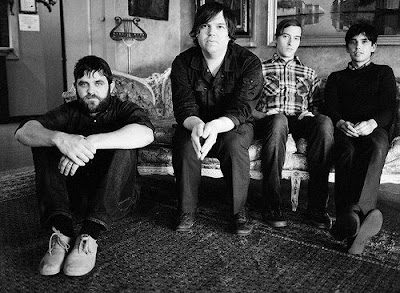 This has been described by a proper trendy mp3 blog as 'a reverbed-out San Francisco sad-pop project', which either will or will not endear you to it.

I heard it during another of my Radox With Radcliffe & Maconie moments, and have to say I rather like it (especially the spacey hammy Hammond).

They are/he is on the same as label as Beach House, who a whole bunch of us who are too cloth-eared/unhip/fat/old/lazy to discover new music for ourselves undoubtedly heard courtesy of Colin's wonderful 2008 round-up CD/zip. 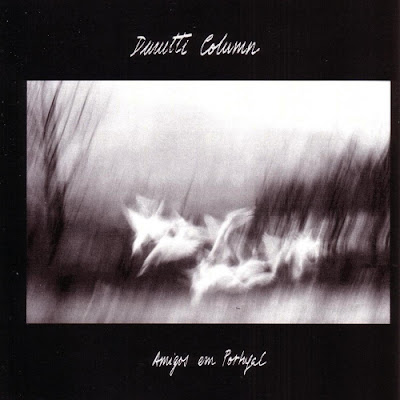 To Hell With Other People 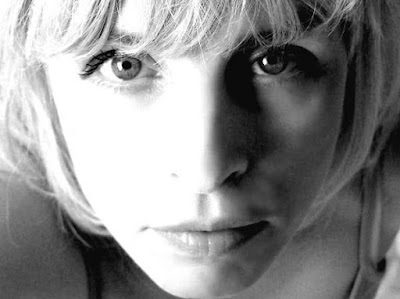 When you've been waiting a long time for the train of inspiration, with no announcements to suggest when it might come, the best thing is probably to post some Dutch indiepop you like and have done with it. 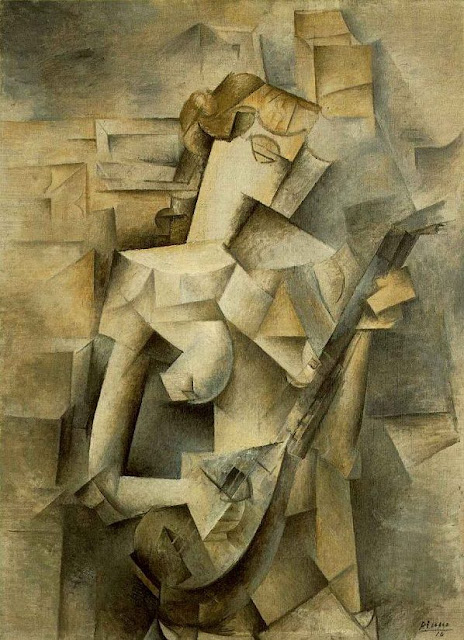 I've been in Manchester - which, true to form, had sleety rain while the rest of us had snow. I trudged about the city centre on Monday night, 24 hours too early to see The Airborne Toxic Event, in search of a convivial bar and a haloumi burger, but 'sorry love, we don't do food in the evenings'.

I fetched up in a minimalist restaurant opposite the hotel with an attentive gay waiter dressed in skinny black and a chef whose enthusiasm for raw red onions (served with starter, main course and cheese board) I could not share. Damn fine coffee mind.

Hearing 'Losing My Religion' on the radio this morning I thought, 'Hmmm. I like a mandolin' - especially a Blue one. And the one in this band, famously 'played' by John Peel on another song on Top Of The Pops.

Actually, it was really plucked on that and this by Ray Jackson, from Lindisfarne (he tried to sue for co-writer credits on 'Maggie May').

PS: As we have discussed here before, if you only know/hate Rod as 'Sexy' in leopardskin leotard or averagely crooning Cole Porter ballads on Mothers Day-marketed CDs, you really ought to listen to 'Every Picture Tells A Story'.
Posted by davyh at 10:05 am 13 comments: