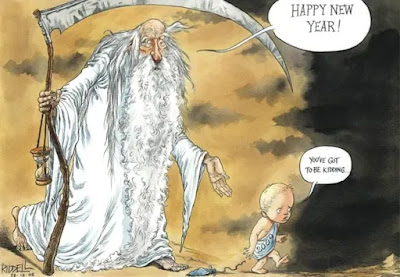 This cartoon by Chris Riddell in Sunday's Observer said it all for me: have we ever been less optimistic about a New Year than this one?

Funny, because I'm sure the 2009 they told us about when we were kids involved hovercars, a Life Of Leisure, an end to world poverty, global peace, space travel for all and butler robots fixing cocktails.

Thanks for your company during 2008 and in the words of the Desiderata - 'strive to be happy'.

Here's one for the stroke of Midnight x 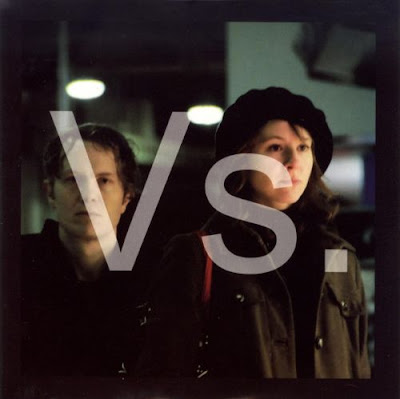 Something else newish for the old year, and these quiet, frosty inbetween days, that I only heard because I've been stalking Colin on late night Last FM (sorry La, but Thought Leadership comes at a price - 'How shall we think for ourselves oh Lord?' etc - and there was nothing on the telly).

Turns out the band's entire album is free from their website, with a quote from And Before The Next Kiss ('The most exciting band of the year, bar none") on the homepage even.

I am less sure about some of the other songs at first listen, though the jury is only just out and probably still fussing round the drinks cooler, but I do very much like the synth washes, New Ordery-guitar bits and very English, Tennant-esque 'rapping' on this.

PS: I am aware that 'hip' bloggers were writing about this lot months ago but you know, things take a while to reach me out here in the sticks we call middle age.
Posted by davyh at 11:44 am 6 comments: 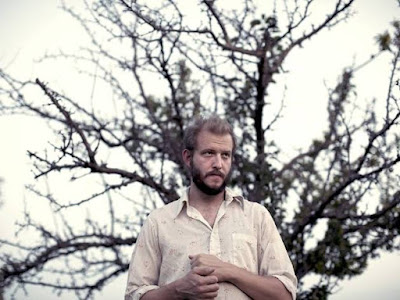 No-one tells you when you buy the Bon Iver album on CD that the best song on it isn't on it. As it were.

So here it is, the 'download-only' bonus - all frost-bitten and rueful.

A Glass Of Sherry And A Minced Pie 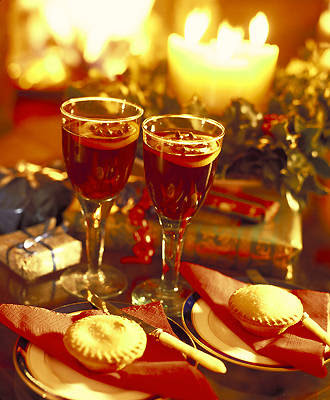 "Dahhhlings, Merry Christmas! How lovely to see you, we're soooo glad you could pop in! Let me take your coats! Have you finished your shopping at last? Marvellous! You all know Clarissa I think? Clarissa, the chaps, the chaps, Clarissa. Doesn't she look marvellous in that little Santa thing chaps? Marvellous! Now then, what can I get you? Sherry and a pie? Vol au vent Dickie? Clarissa darling, be a love and help and him out of that, he's working up a sweat. What me? This old thing? Oh, just something I slung on five minutes ago sweetie, you are a poppet. Everyone! Everyone!! Shall we raise a glass? To the most wonderful shower of blogging and commenting chums ever: may we have the most splendid Christmas and a marvellous New Year and blog bless us everyone!!!" 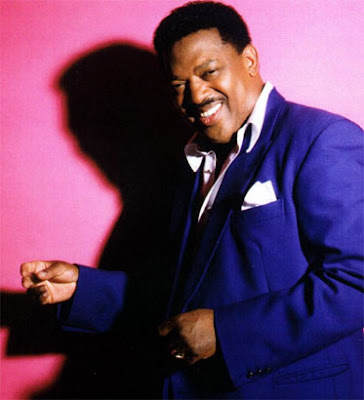 It's the last Friday disco before Christmas and I think we merit a smoker this week.

A gritty old school vocal over ticking synth rhythms and restless bongo beats that build to multiple climaxes* - with no added cheese!

Truly, this record is Friday night. 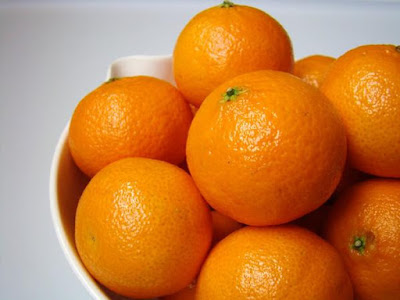 The girlies break up for the Christmas holidays today, and so do I. After all that hype and nonsense, the Christmas music in Starbucks since November, the Asda seasonal ads on the telly since October, this is really the start of Christmas proper for us as a family.

Tomorrow I'll buy the Christmas double issue Radio Times, not because we need it with all the free TV Guides in the weekend newspapers but because it's a tradition going back to the days when it was on ink-coming-off-in-your-hands newsprint with crinkly edges and you went through it in advance marking the films you planned to watch in blue biro and doing your best to make all of them ("Every Tarzan movie from the earliest Johnny Weissmuller through Lex Barker to Ron Ely's TV spin-offs? Ay carumba!"). There will be satsumas to peel, Cheesy Footballs and Quality Street too, I shouldn't wonder.

In 1984 whilst he was a student working in John Lewis Oxford St in the holidays, my friend Carlos sold the production crew the actual Christmas decs fussed about with by George Michael in this video.

I'm not posting an mp3 of this because I figure if you like it you'll already have it, and if you don't...er...you won't want it.

Personally I think it is one of the finest Christmas pop songs of our generation, but please don't mention Whigfield. 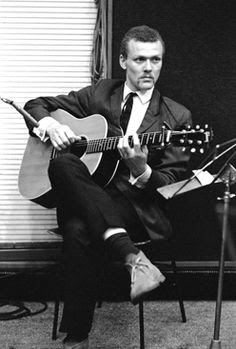 Sad news via Howard at Lonesome Music that British guitar legend Davy Graham has died of a massive seizure after a short battle with lung cancer.

It's really no exaggeration to remember him as the most influential guitar player of his generation, acknowledged as such by Bert Jansch, John Renbourne, Paul Simon, John Martyn, Nick Drake, Jimmy Page and many, many others.

I read a few months ago that he was still touring and resolved to catch him, but it's too late, too late now.

Which just goes to show we should always, always carpe diem huh? 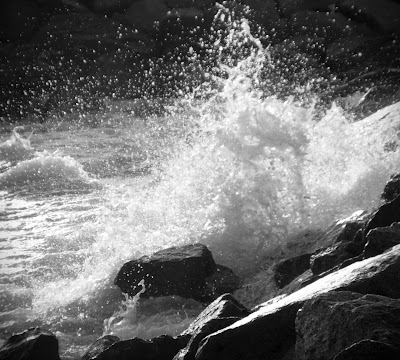 You know, for someone who has lived in London so long, I do still miss the sea. I miss that extraordinary tarty-salty ozone BLAST you get when it's rough, cold, blustery, sharp - winter: when I used to walk a lot down there by the shore in dark, dark Devon - lonely and dreaming of other places and this girl I might meet and when my life might.....begin.

I’ve been down to North Marine Drive
A road curling round by your sea
A sea that matches all of your moods
A place where we always agree.

And I’ve been down to North Marine Drive
Where I have scratched our names in the sandAnd watched the sea take them away
Two names scratched in every spray.

And I’ve been on a desolate cliffWhere once a great castle had been
And stood, with the wind in my mouthOn a wall so the sea could be seen
And here a chapel once stood
But now, just a handful of stones.
But we, we are building it up
Ours as we stand here alone. 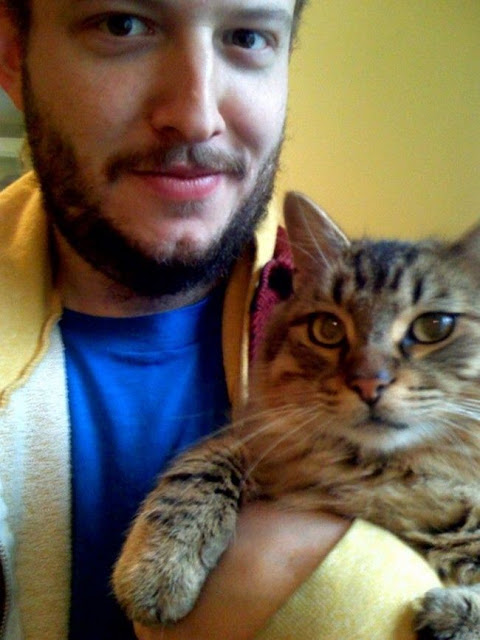 Funny how being away and having your music but hearing it in a different place and different mood (tired, a bit melancholy, missing the people you love) some songs and artists take on a new resonance.

The last couple of times around in the moonstruck limits of outer Zurich (think Croydon - they even have trams) it was Tom Waits and Leonard Cohen and Brook Benton's 'Rainy Night In Georgia' and this time as the snow thickened it was this, which I played over and over and have been ever since.

I haven't been as struck by/obsessed with a 'new' song since Low's 'Just Like Christmas' this time last year; the brilliance of this is inestimable I think - the choppy acoustic and slide guitars, the heartfelt falsetto and the brass-effect bits which make me think of Sally Army bands on cold, foggy street corners in December. Forever ago.

Plus, anyone who has their picture taken with their pussycat is alright by me. 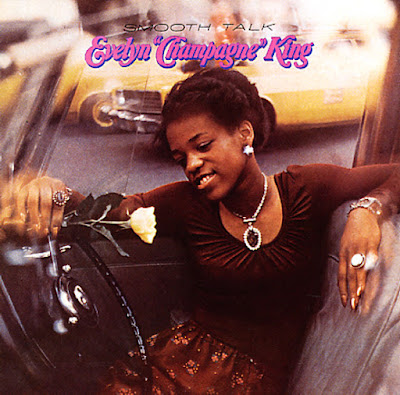 I've been saving this up. It has one of those big, bouncy, booming basslines that when taken at top volume thumps right through your chest to your shaking disco booty behind, so it'll help us generate some heat on a parky night, right? Some bloke goes batty with a saxophone on it too! Sheesh, if I was a smart chap like Mondo I'd mix his long saxy note at 4:42 with the long saxy note that opens Tom Browne's 'Funkin' For Jamaica' and you would Fall At My Feet And Worship Me As A (DJ) God.

Meanwhile...I'm not that keen on champagne, are you? Bit dryyyyyy. I sometimes like to sluice a tad into the top of my Guinness of a New Year's Eve, but that's about it. Mrs H is fond, but then she's a classy bird.

Eurovision in our viewing schedule RIP - if Terry ain't doin' it, I ain't watchin' it.

Let those pesky Slovakians have it!
Posted by davyh at 9:53 am 7 comments:

They're forecasting heavy snowfall across the UK tonight and early tomorrow and wouldn't you just know it but I'm off to Nottingham on the train again first thing so I suppose I should prepare myself for a 'travel disruption' sketch....*sigh* Perhaps I should take a Thermos of soup or something suitably Bonnington-esque.

This lovely Aretha song from the 'Young Gifted And Black' LP always does it for me at this time of year - I think I dropped it to Mondo when we were talking about lost Aretha gems in April but never posted it here, so enfin...

I shall meanwhile have to computerise more stuff from my old vinyl versh of Billie Holiday's Songs For Distingue Lovers because I reckon it'll be sweet music for my final lonely, broken five nighter in Zurich next week, and it's looking like snow there too (though, strangely, their transport system will not cease entirely to function. Ho hum). 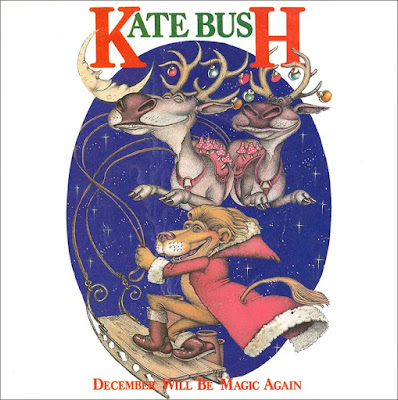 Perhaps I should have quit on Friday and left that Donna Summer picture at the top of the page forever, hanging in cyberspace as a talisman (taliswoman?) for all future visitors, a Moroderesque rune for those who come later, speaking the lost and lovely language 'disco' ?

And yet we must move on I suppose. Still, I haven't been able to post Teenage Fanclub's 'December' as I had planned because that would have meant following La Summer with a pic of some scrawny lank-haired Glaswegians and I'm sorry, I just couldn't do it.

Here's some Kate then. A seasonal single nobody bought!