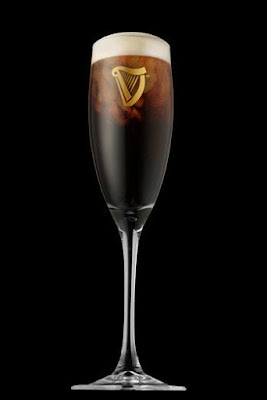 Older readers will know that I like a pint of Guinness with a slug of champagne in of a New Year's Eve: it is the only time of year I drink this, but it is a tradition, and I stand by it. How fortunate then that the youngest daughter won a bottle of Moët on the tombola at the primary school Christmas Fair in late November, and not the box of rose-scented soaps right next to it. We have been keeping it safe ever since. I will have to get in there quick before Mrs H makes a dent in it, but this is a practice in which I am well-versed.

Some of you will be attending glittering social gatherings tonight, I have no doubt; others will muster in the local boozer. Young Drew is having a rockabilly night. It's a shame he doesn't live next door.

Will you be first footing? Or will someone first foot you? I can't really remember how this works, to be honest, but I know there's something involving lumps of coal.

Our occasional series of extended disco classics builds into a spectacular collection your whole family will enjoy.

I shall require several beverages and a take away curry.

There's nothing worse than a Christmas song after Christmas, is there? Well, there are a few things obviously: famine, disease, serious injury, that sort of thing. But you get my point.

Hawley needs to come off the top.

Instead I would really like to post something from an album I discovered late this year, thanks to Colin, that I *heart* very much, but that's exactly the sort of thing likely to attract the unwanted attention of the copyright police. So let me just say (again) Warpaint - 'The Fool' - top record, if you like Tanya Donelly-esque woozy riffage, slightly opaque lyrics, that sort of thing.

I liked the School Of Seven Bells one too: more than their first, in fact.

And thank you Simon for the Rose Elinor Dougall tip, though I don't at the moment think there's anything else on the album quite as good as this...


I'm afraid I'll have to go now because I have a busy kitten on my desk who has just written rrrrrrrrrrrrrrrrrrrrrrr and then wswswswwwwwssssssss by standing on the keyboard.

See you back here tomorrow for a Last Post of the year.
Posted by davyh at 11:07 am 16 comments:

I always planned to post this on Christmas Eve, but Lee beat me to it with his vid of the lovely live version.

Then today I thought nah - I should post it anyway.

Because you've been nice, not naughty.

Merry Christmas To All Our Readers

Is this on TV somewhere over Christmas? It should be.
There comes a point, doesn't there, when even if you haven't got 'everything' your capacity for looking for it and/or your capacity to afford it just bloody runs out, and that is how it should be and that is fine.

I told them perishin' kids they'd catch a cold out there in the snow in inappropriate clothing and now we've all got the sniffles; the mother-in-law's due tomorrow and the place is a mess; we're going to be sleeping on that blow-up bed in the back room and I'm not convinced the pump's working neither.

None of this matters in the least, of course.

I can't believe we've almost come to the close of another blogging year. This has remained one of the happiest places in my world, thanks to you, the best commenters and nicest people on (must we call it?) the 'blogosphere'.

So I wish you all you wish yourselves for Christmas - and we're all old enough now to know that it's not about the material things.

Hug the ones you love and who love you forever and celebrate all that you have.

And well, OK, one material thing - always keep a cold one in the fridge x
Posted by davyh at 5:58 pm 22 comments: 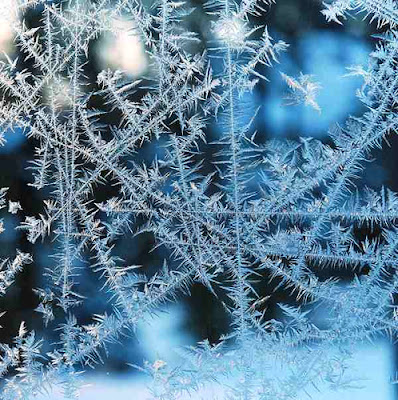 A snowbound Lake Wobegon story for you for Christmas.

But if you have an unhardened heart you may want some tissues handy. 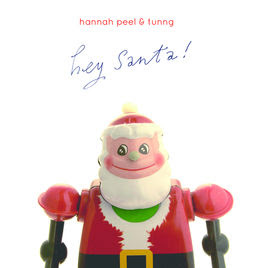 Here's a sweet little new thing that last I heard was a contender for Radcliffe & Maconie's record of the week; on sale right now via iTunes and so not the sort of thing I would usually post, but since it's also on a festive CD free with this month's Mojo I figure what the hey.

Hannah Peel has a penchant for re-making 80s synth pop quirky-folk style with a music box. Here for example she rather pluckily takes on the Cocteau Twins 'Sugar Hiccup'... Good luck to her, eh?

I am having to trudge one last time into town today but am thereafter officially on my Christmas hols, all satsumas, Quality Street and the double issue Radio Times. 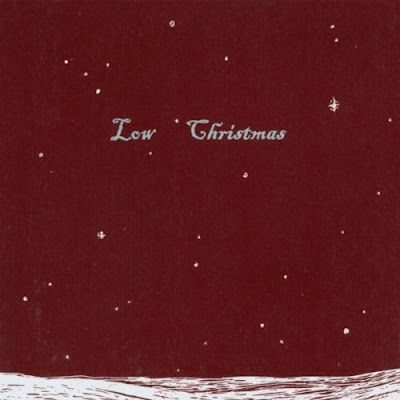 Then I played this and realised that it too features an (off-kilter, lo-fi) organ.

It's another re-post I'm afraid, but maybe you can more charitably think of it as an emerging tradition, this being my 5th bloggy Christmas and all?

On our way from Stockholm
It started to snow.... 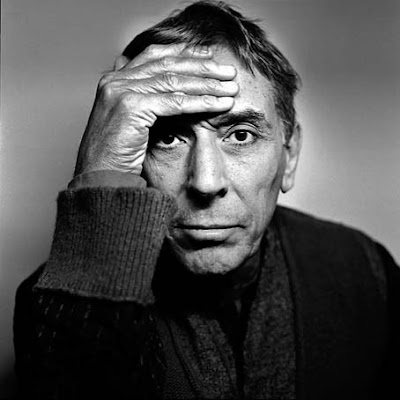 That churchiness in the Nick Cave is down to the organ I suppose, which is why it always reminds me of this, one of my very, very favourite things.

Cave's an Aussie rebel raised an Anglican and John Cale famously a son of the Welsh valleys where the Chapel cast thick shadows; ye amateur psychologists make of that what you will (Cale lyric: 'Nothing frightens me more/Than religion at my door'), I think I'll just (re)post this bloody lovely song, which as I have written here before seems to have nothing to do with the Dylan Thomas story, except for its title.

Always my first song of the Season. 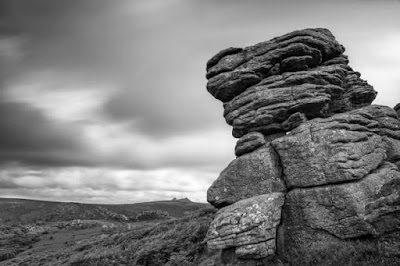 I'm playing Nick Cave's Boatman's Call a lot at the moment; its dark, churchy love songs seem so right for these short, pre-solstice days, and driving back from the Aged Ps last week I confess a few made me well up, a bit. The ice lacing the trees between Newbury and Swindon on the way down had cleared coming back to dull scrub again and it all whirred through my head, all of the things you'd expect, and a load of random nonsense besides.

I do not know a better opening line to a Track 1, Side 1 than 'I don't believe/In an interventionist God' and the words to this one, too, are - well, just perfect.

Outside I sit on the stone steps
With nothing much to do
Forlorn and exhausted, baby
By the absence of you.

The Track Of My Year

Hands down, no contest.

No Potato Roasting Music today - we're off to the panto (oh yes we are) - with a family pizza first.

Yeah baby, back in the metropolis after two days in Devon with the Aged Ps, tapped out after nights of sleep interrupted by their nocturnal loo visits, the central heating on full blast and the like. I will bore you with the details and/or my melancholy thoughts on same another time.

For it is Friday.

And I shall require a beverage.

Thanks to Darce for setting me off on a JH trail in the autumn x
Posted by davyh at 4:46 pm 9 comments: 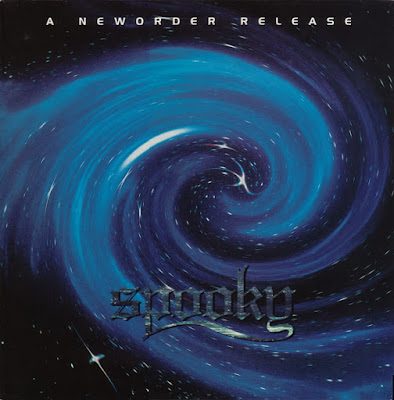 I can't leave those spuds up here all Monday, it feels wrong.

Here's a little something that resulted from a cupboard rummage just the other day; a six minute long, trancey reinvention of a song from Republic by Dutch DJ/producer Paul Van Dyk - which I rather like. 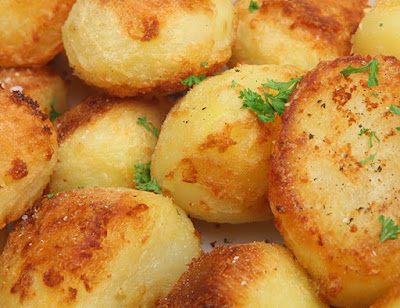 In our exciting new series we post music that sounds good on a Sunday whilst a person is roasting potatoes.*

[*those are too smooth; you need to fluff them up a bit with a fork after parboiling]
Posted by davyh at 11:09 am 12 comments: 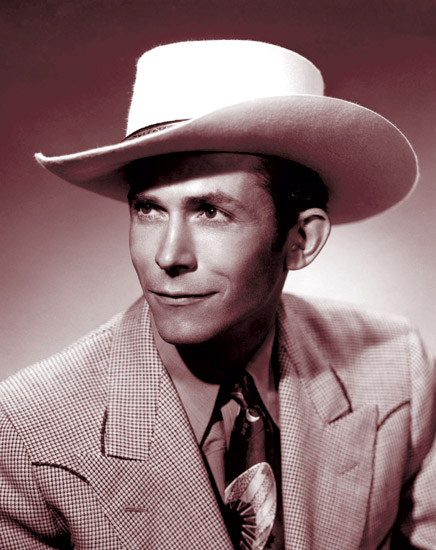 'You got to have smelt a lot of mule manure before you can sing like a hillbilly' - Hank Williams.