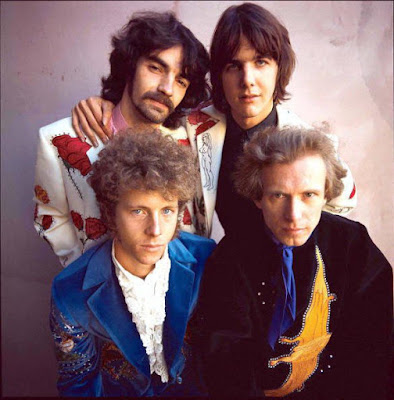 The list of musicians from important bands who were also stop frame animators must be a pretty short one. In fact, it would almost certainly contain just one name: that of 'Sneaky' Pete Kleinow, pedal steel guitarist with Gram Parson's Flying Burrito Brothers and movie effects wizard, who died in a Californian nursing home on January 6th, having suffered from Alzheimer's for the past year.


Kleinow began his career in TV and movies visual effects, but in his spare time sat in on pedal steel with various early country rock bands in the LA area, eventually becoming acquainted with Chris Hillman and Gram Parsons, both then of The Byrds. When the band wanted help in reproducing their new-found country sound in concert, Kleinow got the call.


Parsons and Hillman left The Byrds in 1968, and asked Kleinow to join their new band, The Burritos (he's pictured bottom right in the classic line-up above). His classically plaintive sound adds much to their debut The Gilded Palace Of Sin, especially on heartbreak ballads like Hot Burrito # 1 (AKA 'I'm Your Toy'); at other times, Kleinow uses fuzzbox effects to bring a contemporary edge to proceedings.


After working as a session musician throughout the 70s, Kleinow returned to special effects work in the 80s and 90s, contributing to movies that included Gremlins, The Empire Strikes Back and The Terminator.


You can invest in a copy of the excellent Gilded Palace, backed with follow up Burrito Deluxe, here.


The fascinating story of the music scene and musicians of the LA canyons in the late 60s and early 70s is chronicled in Barney Hoskyn's exhaustive Hotel California (Fourth Estate) available here.


Sample some of the music from the period at the Aquarium Drunkard's 'LA Burnout' posts.
Posted by davyh at 9:21 am