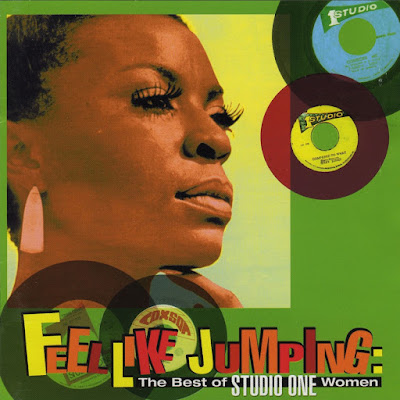 Yes, unorthodox I know, but I'm seizing the day with this because a) it's a great record and I want to share it with you and b) I am, shockingly, going to be late back from selling the snake-oil in town on Friday and so likely slinging that post together in an even more slapdash fashion than usual, and this warrants a tad more attention.

It leapt out at me from this Soundcloud of reggae choons from the 'classic' era - some cut/crunched together a bit too rapidly for my liking, but I get the vibe - and I'd never heard it before.

It sounds like an old Studio One production pure and simple but is, according to the nice people at this site, a bit of a mongrel - an unreleased late 60s riddim track by The Soul Vendors, backing a vocal group called The Saints and harmonies by The Silvertones, with a lead vocal added in 1999 when the whole thing was re-engineered in Jamaica (by Courtney Dodd) and mixed in Brooklyn, NY.