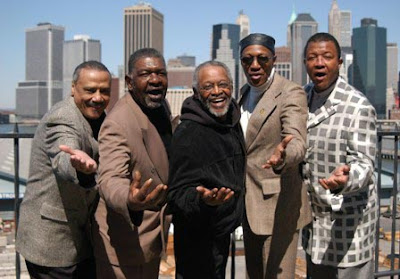 The Persuasions are an a cappella group who began singing together in Brooklyn, New York in the early 1960s and have gone on to produce many albums covering a wide range of musical genres, yet all filtered through their own four-to-six-part a cappella doo-wop sensibilities. During their major years of recording, to date, they have produced 25 original albums (not including compilations of their material) within a 35-year period, in addition to appearing on numerous recordings by other popular artists. They continue to perform and record on a regular basis, appearing in concert many times each year, and constantly expanding their repertoire to include more current compositions than the "street-corner" rhythm and blues doo-wop on which their style was founded (Wiki).

I've had this LP since my Camden Town rummage days and there are many lovely things on it, but this is the one I always come back to.

Goffin and King at their Brillest, and a fine song for a bright, crisp morning in the city.