Wild In The Country 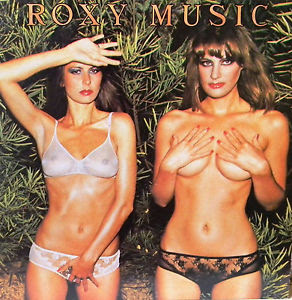 Your Monday heartstarter comes courtesy of my local charity shop where last week I picked this up on CD for £1.00. Less than the bus fare there! (except I walked). Don't you just love it when in amongst all the 'Uncut' magazine Playlist CDs and Dance Trax 95 compilations you find a real gem like this?

This is Roxy's fourth album and some think their finest. Tux crooner-mode Ferry shows signs of emerging from inside of the art-rock thrash but doesn't yet dominate, and the songwriting is tiptop throughout.
.
Oh, and for those of you who take an interest in these things...'the supposedly 'uncredited' cover models are in fact named on the album - but not as models. They were Constanze Karoli (reportedly the sister of Can's Michael Karoli) and Eveline Grunwald, who are credited on the lyric sheet with the German translation of "Bitter-Sweet." Bryan Ferry met them in Portugal and persuaded them to do the photo shoot as well as help with the words to the song' (Wiki).

So there you go.

(Buy here - or keep trawling them charity racks...Thanks for all the comments to the 'last post' x)