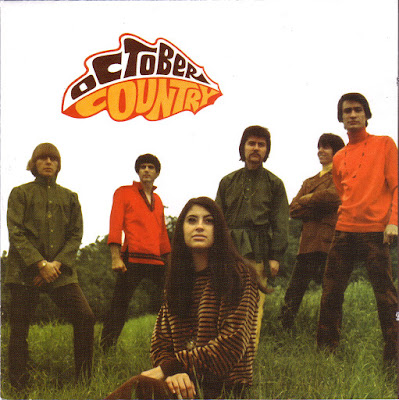 And very Spring-like it is too, despite the title.

No-one seems to know very much about October Country, the band. Even the sleeve notes to my Nuggets, Volume 3: Pop, which this is on, refer to them as 'undeniably obscure', but add that 'the record received enough Los Angeles airplay to outsell the Beatles one week at Hollywood's largest record store, Wallach's Music City'.

Composer/producer Michael Lloyd has already made an appearance here, as a member of the West Coast Pop Art Experimental Band.

Anyway, this is a cracking record I think - all group harmonies, stomping strings and (seemingly) fresh Californian air: a tip-top heartstarter for Monday.