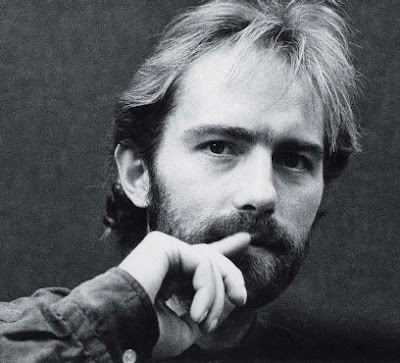 We all like a good cover, a good debate about good covers and maybe a rant about terrible covers too ('Love Will Tear Us Apart' by Paul Young - AAAAAARGHHHHH!!!!).
But how about the backwards cover thing - when you discover a superb original, and maybe even an artist's whole canon, as a result of someone you admire covering their stuff?


Did The Meat Puppets gather a whole raft of new fans because Nirvana covered three of their songs on MTV Unplugged? Did a generation of thrift-shop indie student-types invest in the first Velvet Underground album because Tracey Thorn covered 'Femme Fatale' on A Distant Shore? How many Generation X'ers got turned on to Leonard Cohen by Jeff Buckley or even Rufus Wainwright's 'Hallelujah'? Are these rhetorical questions or what?


For me one album in particular has turned out to be a rich jumping off point to fabulous tracks and/or whole albums by artists I had heard of but not heard and that album is the This Mortal Coil debut It'll End In Tears (I know, a third mention of TMC in as many months - but this post isn't really about them. Is my excuse).
The choice of artists covered herein (5 of 12 tracks are non-originals) displays, it must be said, impeccable taste, especially when you bear in mind that when this album was released (1983) there was no internet, no Wikipedia and no blogosphere - and really no common alt.consensus on 'cool':


'Kangaroo' (MP3) and 'Holocaust' - both from the Big Star album Third/Sister Lovers - one of the great 'disintegration' records.

'Another Day' (MP3) - from the unsung genius that is Roy Harper

Now every blogger worth his or her bandwidth is dropping Big Star, Wire and (both) Buckleys, but I don't see a lot of Roy Harper out there - and because for me he's been one of the great 'old music' 'finds' of the last few years, I'm working up to a full post on him soon.


Meanwhile, I thought it'd be fun to post some of the originals of the TMC tracks.


I have two versions of the Harper track: I've posted the slower live version originally from Flat Baroque And Beserk (1970) and which I have on the excellent 2 CD retrospective Counter Culture (you really must buy).


Confession time then: which seminal artists/tracks did you discover after hearing them covered by a band you like?
Posted by davyh at 2:26 pm