Requiem For A Radio Station 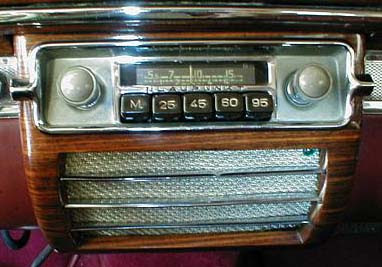 I seem to have given it an unwitting kiss of death, because having mentioned the excellent Dave Brown Motown show on London's Smooth FM here recently I discovered last night that the station has been axed, and Brown's show along with it.


'Axed' isn't a word the station's owners the Guardian Media Group (GMG) are using of course - but their decision to 'merge' the station with Saga radio - an 'easy listening' channel 'aimed at the over 50s' amounts to the same thing.


Though Smooth FM's daytime fare was a commercial mix of light soul and r&b (and nothing wrong with that) its licensing deal with broadcast regulator Ofcom required it to devote a minimum number of hours to jazz and specialist programming, and its evening output was a rare respite from the endless diet of middle-of-the-road and/or chart-oriented fodder knocked out by other commercial radio stations in the capital. It was one place where you could hear classic and contemporary music of black origin from Ella Fitzgerald and Louis Armstrong to Miles Davis, Grover Washington Jr, Natalie (and Nat) Cole and Marvin Gaye.


Despite this, GMG last year won the rights to overturn the terms of its licence and this week we are left with the Saga 'merger' and the sorry prospect of yet another national radio network playing 'Bridge Over Troubled Water' and 'Imagine' on seemingly endless loops.


It seems that if you value eclectic music programming and that wonderful opportunity of hearing something on the radio that you've never heard before, you're now entirely reliant on the BBC (bless it) in the UK - or you give up on the lot of them and turn to the internet.


At this point I suppose I should post Elvis Costello's 'Radio Radio' or The Clash's 'Capital Radio One' (I'm certainly angry enough) - but then I'd be as guilty as those I'm complaining about in taking the well-worn track over the road less-travelled.

He's lamenting the death of the spirit of true country radio, amongst other things - but it all amounts to the same damn thing.