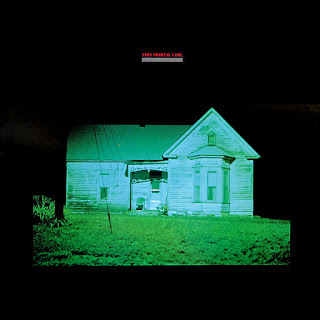 Part of my excitement in discovering this had been released to iTunes was that it was one of only two tracks I still needed to complete a digital reproduction of a compilation tape I made in January 1986.

(I know, I know - I need to get out more. But I'm 75! And my knees are playing up! You wanna read about The Fratellis, go talk to that nice Mr Cameron. You think I'm joking? Here.)


The tape was called You Saw Brigadoon (!) and its full track listing was:

Now, I have earlier mixtapes than this, and more 'Peely' ones, but this one's special to me for a few reasons.

1) I made it at the start of the 2nd term of my final year at University. Annus mirabilis! It evoketh. Big time.

3) It hangs together quite nicely - at least until the second half of the second side where I can't help but feel The Smiths track (not one of their best) blows the mood slightly. It made the cut because it was a recent single; The Queen Is Dead didn't come out until later that year. Imagine! (and also imagine...C86, grunge, baggy, Madchester, shoegaze, Oasis, Britpop, New Labour, even bloody John Major - all still to happen).


Everything on the tape was stuff I was enjoying then and there, and bar the obvious already 'classic' Joy Division and Lou Reed tracks, it all dates from the period 1983-1985 (I had got Ocean Rain that Christmas, though nearly had to give it back when my Dad said he thought it 'sounded quite nice').
.
Finally getting the TMC track left me with just one final missing piece - the all-important Track One, Side One - The Faith Brothers' 'Sunday'...

Why did I not have this?

1. It was taped from an LP that belonged to my flatmate Carlos.
2. This LP (Eventide) is rare as hen's teeth - and has never been issued on CD.
3. You try finding it on the Hype Machine.

The Faith Brothers were a fabulous band, especially live - all soaring melodies, urgent brass, elatory vocals and humanistic commitment. Lead singer/writer Billy Franks was a passionate and charismatic frontman - even when long after the band's glory days (supporting The Alarm!) performing to a few hundred with his soul band in 'The Leather Bottle' pub in Wimbledon Chase.

So....I was about to issue an appeal to anyone who had 'Sunday (Rebel Soul)' ('Spare an MP3 guv'nor?') when in putting this post together I checked out Billy Franks website and found he had posted the whole of the Eventide LP (and others) for download free of charge.

The Faith Brothers - 'A Stranger On Homeground'