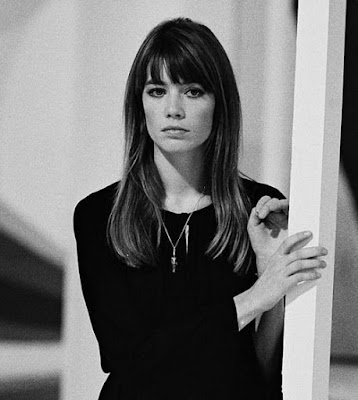 When I was a small boy my Dad was a big fan of Reader's Digest box sets. Mail order music long before Amazon, and 'not available in the shops', they usually comprised 8 or so 'easy listening' LPs with glossy, high-production-value sleeves designed to a theme, and expensive inner bags lined with soft cellophane, all presented in numbered order in a robust matching box.


In our house these boxes lay stacked ceremoniously beneath the Grundig 'radiogram', a major item of mock-mahogany furniture with a hinged lid that revealed the turntable and a front door that opened to the radio. They came out on a Sunday morning while the potatoes were roasting for lunch, or occasionally late on a Friday when my parents had friends around 'for dinner'. Very sophisticated. Very Abigail's Party.

From a young age I liked to open these boxes, sniff the new record and glossy photo smell they kept fresh inside and study the LPs for interesting music I might like. You could buy single artist collections (The Carpenters, Andy Williams, Jim Reeves) and my Dad had some of these, but he really favoured the compilations: Wonderful World Of Music, Golden Hit Parade, A Little Night Music. You'd find some real gems on these, in amongst the syrupy orchestral covers of middle-of-the-road standards: Golden Hit Parade pulled together original pop hits from every year from 1960 to 1973 and was the place I first heard and fell in love with The Searchers 'Needles And Pins', Thunderclap Newman's 'Something In The Air' and Zager & Evans 'In The Year 2525' - all the hits of my older brothers' teenage years. And on others I discovered Duke Ellington, Glen Campbell, Herb Alpert (yay! the Tijuana Sound!), Michel Legrand, the themes from The Man From U.N.C.L.E and Peter Gunn - and *sigh* Françoise Hardy....

The song Dad had, on an LP of French artists singing songs in English called Entente Cordiale (!) was 'All Over The World' and I thought at the time that it was one of the most beautiful things I had ever heard. I still do; those breathy, accented vocals so high in the mix (phwoar!), the crisp accompaniment, the sound, and those sad romantic lyrics.

Years later I tracked more Françoise down (in France) and of course by then I knew that she was a legend, an icon of the swinging Parisian sixties, someone Bob Dylan had written poems about (!) ('For Françoise Hardy/At the Seine's edge/A giant shadow of Notre Dame seeks t' grab my foot'...ahem), the Gallic Marianne Faithfull.

And she's still cool now - recording with Blur and Air and that bloke from Placebo and you name it.

But I'll never forget that time I heard 'All Over The World' on Dad's Grundig for the first time.