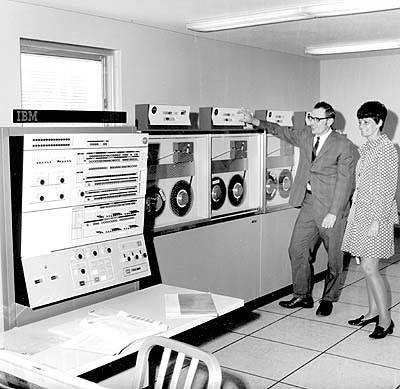 That nice chap Derek from the Computer Room (pictured here with the lovely Maureen from Personnel) has been crunching my stats all week and I'm thrilled to report that according to his very impressive 'print-outs' The View From Her Room by Weekend has been by far the most downloaded record I have posted recently, which just goes to show 1) what great taste you all have (hurrah!) and 2) how infernally difficult it is to get hold of. Probably.

Lots of people elbowed their way in to grab the Coldplay too, but that's to be expected and I don't imagine many of them stuck around for a cup of tea and a chat afterwards; it's click and Save Target As and not so much as a by-your-leave from those people, I can tell you (me, I've played that song about, ooohhh......twice).


Much more pleasingly, Mr Roy Harper's lovely song came in third by number of downloads, and according to Derek many more of you than I'm sure would publicly admit it have clearly been enjoying 'The Captain Of Her Heart' by Double. Good for you!


I've just ordered this, so there's a good chance there'll be some new-old Alison Statton here soon. And it's Eurovision on Saturday and the French are singing a good record in English! Can we stand the excitement?!
Posted by davyh at 8:51 pm