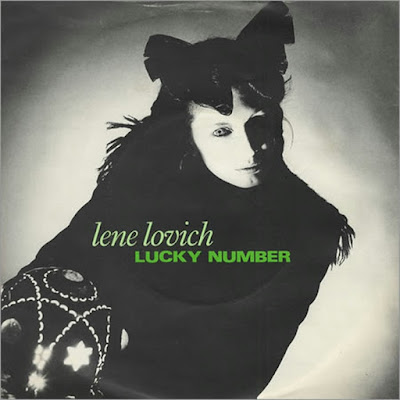 It would have been the Smash Hits with, of all people, Rod Stewart on the cover, or maybe a few issues later; it would have been all Dan Hartman, The Buzzcocks and Driver 67 and the words to this inside; and punk and post-punk and pub rock and new wave and disco and doowop revivalism and novelty schlock and good old silly old pop set all the singles charts on fire and bliss was it at that time to be alive (and 14!) with more records sold in Woolworths in one hour than in the entire 21st century to date (probably).

You could look, sound and talk 'underground' (i.e. be going to art college) but also pull off a big poppy chart smash and be on Top Of The Pops for everyone's Mum (including your own) to say 'What is she wearing?' or even, as mine did with Tubeway Army's 'Are Friends Electric?' (whilst ironing) 'I like that; it's something a bit different' (she was 57 at the time). You could do interviews in which you listed your influences as 'early Roxy Music' and 'Horses' and tell us your favourite sock colour was yellow and you hated Kia Ora, and good on you.

(None of this may be true, but it remains The Truth).

I pretended to hate this at the time, whilst secretly liking it. Last night I played it downstairs as I was knocking up a bit of tomato pasta and my eldest daughter (9) said 'Daddy, can I please have this on my iPod?'.