Wo Wo Wo, It's Magic 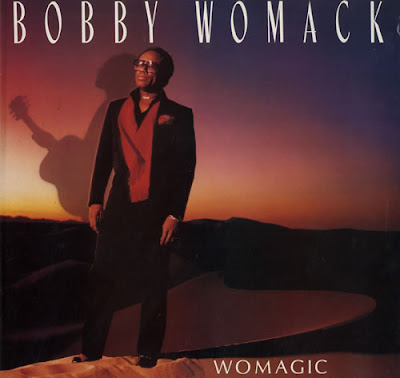 Shoot me down in flames but I most wickedly and indulgently took a lunchtime-afternoon off on Monday to meet my old funk-buddy Wayne 'up West' for pints and a pub tuna-melt & chips.

There was much quaffing and blethering on about nonsense.

At one point Wayne asked me if I'd heard a certain song by Bobby Womack, and when I said I hadn't, he played it for me down his iPod. We agreed it was a smoker, the acoustic guitar (Bobby's) high up in the mix a special delight, and I said 'I've gotta find that, it'd make a tip-top Friday post'.

Just an hour or so later as we flicked through the racks at Revival Records in Berwick St, looking for nothing in particular, we found a 'near mint' copy of the original album with the song on for just £2.

The great and beneficent gods of vinyl be praised, it was another of those moments when you know they are smiling down upon you.

How could I not buy it? It had been waiting there for me. And it turns out to have lots of lovely things on it, mostly ballads, with Mister Mack in fine vocal form.

and a bonus for your late nites too...