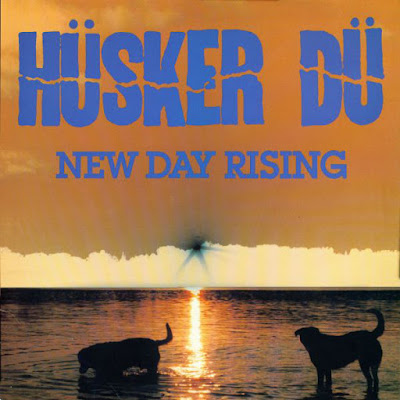 I kind of like Hüsker Dü without having much of their stuff - Candy Apple Grey, a few downloads and, if they count, a tape of a dark Bob Mould solo album and that splendid Sugar single.

I don't have any Red House Painters either, but this Mark Kozelek cover, which came to me in 2008 from a terrific, zeitgeisty zip from a much-missed Weegie blogger with a fringe*, has been on heavy rotation in my house and in my head this past week.

The Dü's Mould is famously one of those guys who has both a natural gift for melody and a contrasting penchant for thrashy noise - when the two come together well, as they do here, it is quite something; Kozelek meanwhile strips out the second thing so we can luxuriate fully in the glory of the first, and hey, that's appreciated too.