Get The Funk Back In Here! 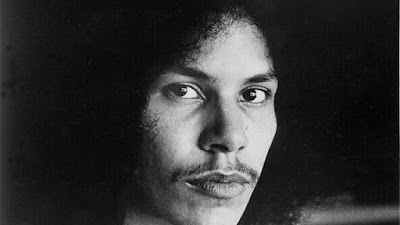 This week three tracks from psychedelic soul/jazz/funk/pop pioneer genius (and son of blues guitarist Johnny) Shuggie Otis , who blazed a totally original musical trail for himself in the early-mid 70s, as composer, arranger, producer, singer and multi-instrumentalist (piano, synth, bass, drums, drum machine programming, vibes, lead and rhythm guitar) - a trail not picked up successfully by anybody again until the arrival of Prince a decade later.

The Shuggie song you will know if you know any at all will be 'Strawberry Letter 23', a candypopfunk confection taken Top 40 in the UK and to number 1 in the US in 1977 by The Brothers Johnson and featured twenty years later on the soundtrack to Quentin Tarantino's Jackie Brown. The cover's good, but the original has a kind of tie-dyed innocence it's hard to better.


The album to get is Inspiration Information (1974), re-released a few years ago with extra tracks from 1971's Freedom Flight on David Byrne's Luaka Bop label (buy it).


Frequently defying categorisation - but prepare yourself for extended free and mellow jazz workouts, lush orchestrations, electro-funk and proto-synth pop - this is music far, far ahead of its time, and it seems to me that this man is long overdue the credit and acclaim he deserves.


(PS: the first ten seconds of the first track below are the best theme music for the best Starsky & Hutch episode you never saw...).