What Does Become Of The Brokenhearted? 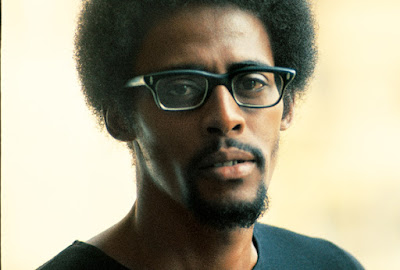 Last week me and my mate The Vorg were quaffing cold drinks in a groovy bar in Clapham, as one does, when we fell to discussing the late great singing voice of David Ruffin.


Ruffin was huge in the 1960s as the distinctive lead vocalist of The Temptations, but hubris and rather too much Bolivian marching powder got the better of him, and hacked off at being increasingly seen (by Ruffin at least) as his backing band, the other Temptations and their management team fired him.


After an acrimonious contractual tussle with Motown records, Ruffin embarked on a solo career which, patchy in parts, nevertheless involved the release of two or three of the finest soul records of the era.


Strangely now, many of those people whose interest in 60s soul and pop is passing rather than, er, 'studious' seem not to have heard of him.


"Was he related to Jimmy Ruffin?" they ask.


"Oh, right...I do like that 'What Becomes Of The Brokenhearted'".


The Vorg and I disagreed over which of the two songs I'm posting here was our favourite track.


I plumped for 'My Whole World Ended' (a song originally intended for The Tempts and I think one of my all time favourite Motown recordings); The Vorg's always had a thing for 'Walk Away From Love'...


But we could not have agreed more that this was a great voice, sadly missed.


(By the way, nice to see a soul singer with glasses isn't it? Not forgetting Curtis Mayfield of course).
(Buy DR here)
Posted by davyh at 6:45 pm