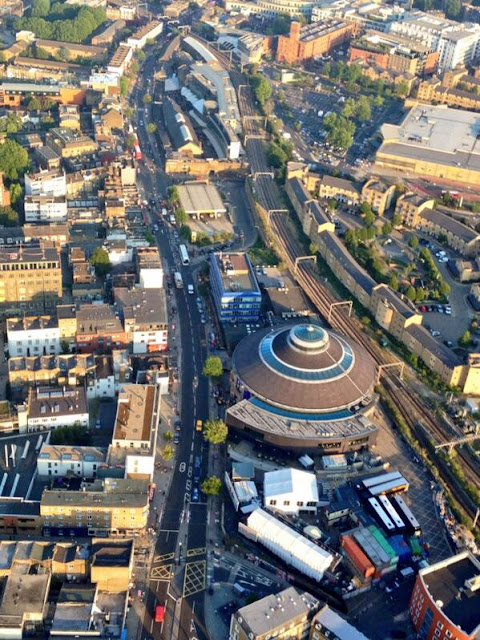 I'm going to see Patti Smith at The Roundhouse tonight with Mrs H and my good friend Doctor Al, and to be honest I'm almost as excited about my first visit to the venue as I am about seeing the goddess of US art-punk.


It's very appropriate that Ms Smith is playing the first UK venue to host a Ramones gig (in 1976) and the place at the absolute centre of the late 60s underground scene that hosted 'happenings' involving The Pink Floyd (always with a The then), Hendrix, Soft Machine, The Incredible String Band and many others - especially given that her new album Twelve features covers of songs from the period and that she's always personified the creative link between the 60s underground and the CBGB scene of the mid-70s.


The place was built to turn steam trains around in (you couldn't reverse them, since you ask)and became a depot for Gilbey's Gin before its glory years as a rock venue and theatre. It closed in 1983 and lay empty for many years, re-opening only 12 months ago. I've noticed a number of bands I like gigging there in the last year but haven't managed to make it up there yet. So tonight's the night.


Meanwhile here's Patti with, respectively, a hit, a Hendrix cover and a non-LP B-side from the Easter sessions.