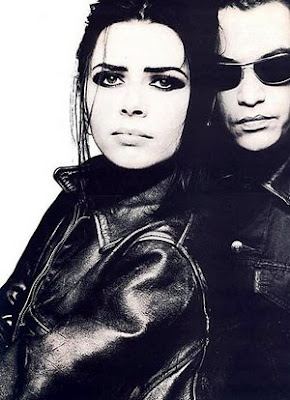 The Indie Eurythmics - mates of Dave Stewart's; singer Toni Halliday had less than credible past as big-haired pouting 'rock' wannabe; guitarist Dean Garcia as a session guitarist. Gained attention by tapping their music biz connections and got lucky by surfing the 'shoegaze' zeitgeist. Waned along with it, though continued to release records no-one bought. Inspired Garbage. Despised by NME.


The evidence before the court: