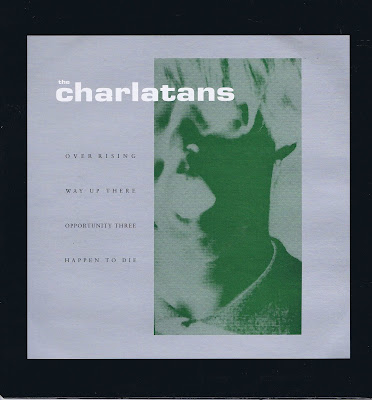 The Charlatans fourth single, released in February 1991 and a shining example of the 90s indie CD single as old-fashioned 60s-style EP - none of the tracks here had appeared on the previous autumn's Some Friendly album (which I had bought with a limited edition white pvc outer sleeve - oo-er) and none of them were duds.

They were good The Charlatans - they certainly got some surfing in on the swell that first 'baggy' and then Britpop sent onto these shores, but they always seemed slightly apart from the Select Magazine hype; a bit less obvious, a bit more arty/funky, and all the better for that. And they're still around too.

RIP keyboard player Rob Collins, who contributed so much to the band's early sound - killed in a car crash in 1996 aged just 31.

[Do I play it now? Occasionally - and it always sounds good]
Posted by davyh at 9:22 am