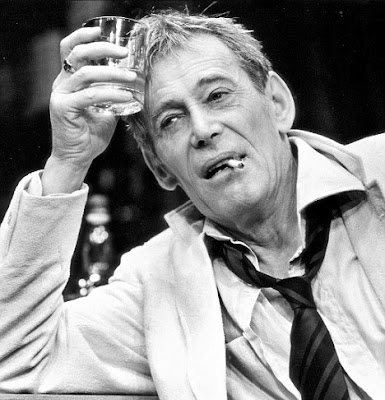 My mate Carlos and I went to see Billy Franks at The Troubadour Club on the Old Brompton Road last night. If you've been lurking round here for a while you'll know all about my affection for the late, lamented Faith Brothers and it was terrific to see their prime mover (with right hand man and bassist Lee Hirons) on homeground. Terrific too to be at The Troubadour for the first time - it was one of the great music venues of the 1950s and 60s (Paul Simon, Bob Dylan, Sandy Denny and Jimi Hendrix all played there) and is everything you'd imagine such a place to be - warm, friendly, intimate; checked tablecloths in the restaurant.

Unfortunately, the draught beer was off last night and Carlos and I resorted to the wine - er, quite a lot of it....and I am not, to put it mildly, in the best of form today. I think I'll be OK if I don't move my head for another six hours.

Billy was fabulous. He played two sets - an opener of Faith Brothers/originals, a closer of covers and requests. With only this rather splendid keyboardist filling the spaces that the Faith Brothers used to wash with horns, the spirit of early Springsteen was even more obviously evoked than usual, so I couldn't resist in that second set asking slightly cheekily for 'Born To Run' which the band performed quite, quite brilliantly.

Franks clutches his light blue Strat and works the crowd like he's headlining Wembley, but thankfully for us, if perhaps unfairly for him, he's just two feet away in a tiny basement bar.

Go see if you can; he's 'in residency' there every Thursday. Entry is a fiver!

The story behind this song told far more eloquently than I can here (scroll down) - thought of you when he played this Lee.

Back with Friday night mallarkey later. If the drugs work.
Posted by davyh at 1:22 pm