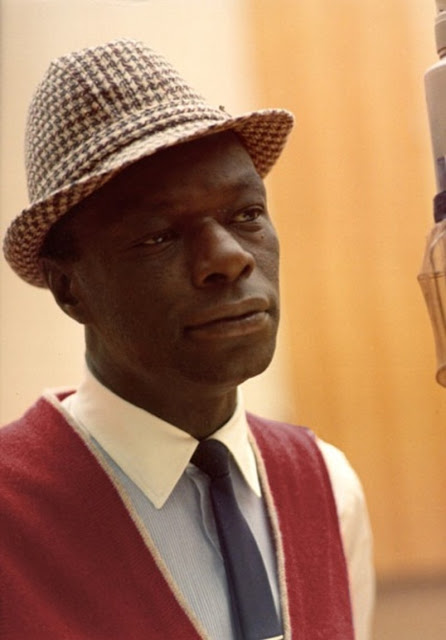 One day I'll tell you a whole bunch of stories about my Dad; how he's a war hero (no really - twice!) - all that.


Tonight though I just wanted to post something for him. Not that he reads blogs, or knows I have one. Or knows what one is. Or has a computer. Or knows how to turn a computer on, frankly....

My Dad plays music constantly. He walks into a room - usually on returning from a pub - and he turns music on. I do the same. If some music's on, then the room's alive. It's home. You put the lights on afterwards; that's a secondary consideration.


And I was thinking 'What music would Dad put on the blog on his birthday?' and struggled a little because for Dad (unlike for me) music is a kind of background thing. Soothing, warm, nice - but NOT SOMETHING YOU'D WRITE STUFF ABOUT.


But I think this man has never been 'background' to him. I think that if such things figured in his world, this man would be his All Time Favourite Artist. Certainly, Dad introduced him to me, when I was about four years old. And I love him very much too.