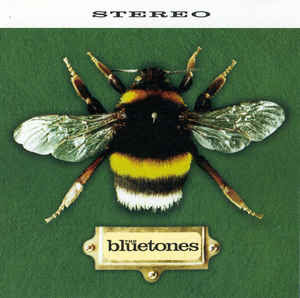 By popular demand....The Bluetones first single from 1995, reissued in this format in early 96 after the success of 'Bluetonic' and a cracking guitar-pop record that reached a rather spectacular number 2 position in the UK singles chart.

The kind of song you played over and over again when you first bought and felt the need to evangelise about to others.

Indeed, there was a big buzz about these guys at the time; NME hack hysteria and widespread plaudits for the seriously melodious debut album, which rather charmingly opened with the sound of jets roaring in to Heathrow Airport (the band are from Hounslow).

Nice. And they're still going too.