Too Pretty To Be Blue 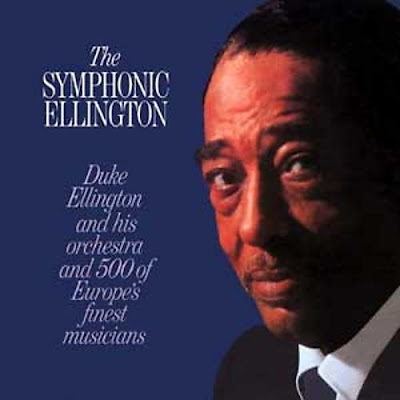 "Of his many European tours, the most successful ever undertaken by Duke Ellington began early in 1963 during the worst winter in a hundred years. Foot-stamping queues, packed, enthusiastic houses and newspaper superlatives were the rule, and a crowded itinerary was somehow fulfilled as Duke and his men flew in and out of frozen airfields. Duke also found time to realise a long-standing ambition; to record those of his extended works which had been orchestrated for his own band and symphony orchestra"

"Duke Ellington arrived in Milan early one February morning to discover that the musicians of the La Scala Orchestra would be available to him for only two hours at 5pm. He had to write something that would not need much rehearsal and would take as little time as possible to record. He picked up his pencil at 10am and wrote this piece"

[from the LP sleeve notes by Stanley Dance]

In the unlikely event that there is a Heaven, and in the even unlikelier event that they will let me in it, this will be playing there.